The Brotherhood of Painters and Decorators of America was organized formally in 1887.
Within a year, the union boasted a membership of over 7,000 tradesman and more than 100 local unions.

Over the course of our history there have been several changes to our name and structure. Now officially known as the International Union of Painters and Allied Trades. 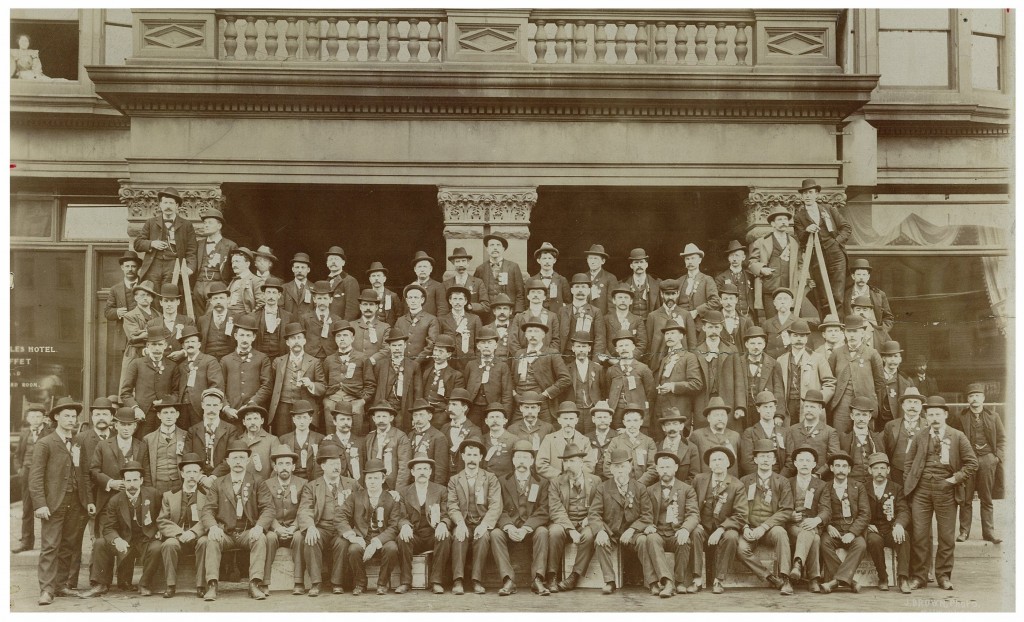 December 1899: 7th Biennial Convention of the Brotherhood of Painters and Decorators of America.

The International Union of Allied Trades has represented painter and allied trades in the provinces of Manitoba, Saskatchewan and Alberta for more than 100 years.

IUPAT Local 177 has represented painters and allied trades in the province of Alberta for more than 100 years. Our founding Locals were:

These Locals were combined in 1993 when Local 177 of the International Union of Painters and Allied Trades was formed to better serve the interests of our membership.

Union Local 739 in Winnipeg was formed in 1902 and has served continuously in Manitoba since that time. In 1996, Local 1996 (SK) merged into Local 739 (MB), while Local 1960 (Vehicle Workers at Maxim Truck in Regina) maintained its own local governance. Local 739 represents painters, glaziers, glassworkers, floor coverers, hazardous workers, sign workers, and allied trades. 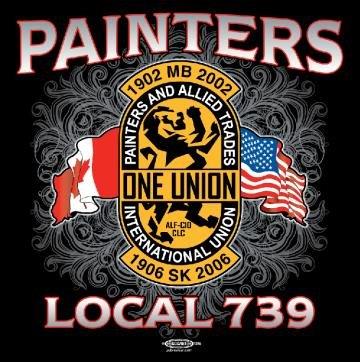 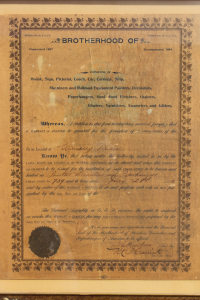 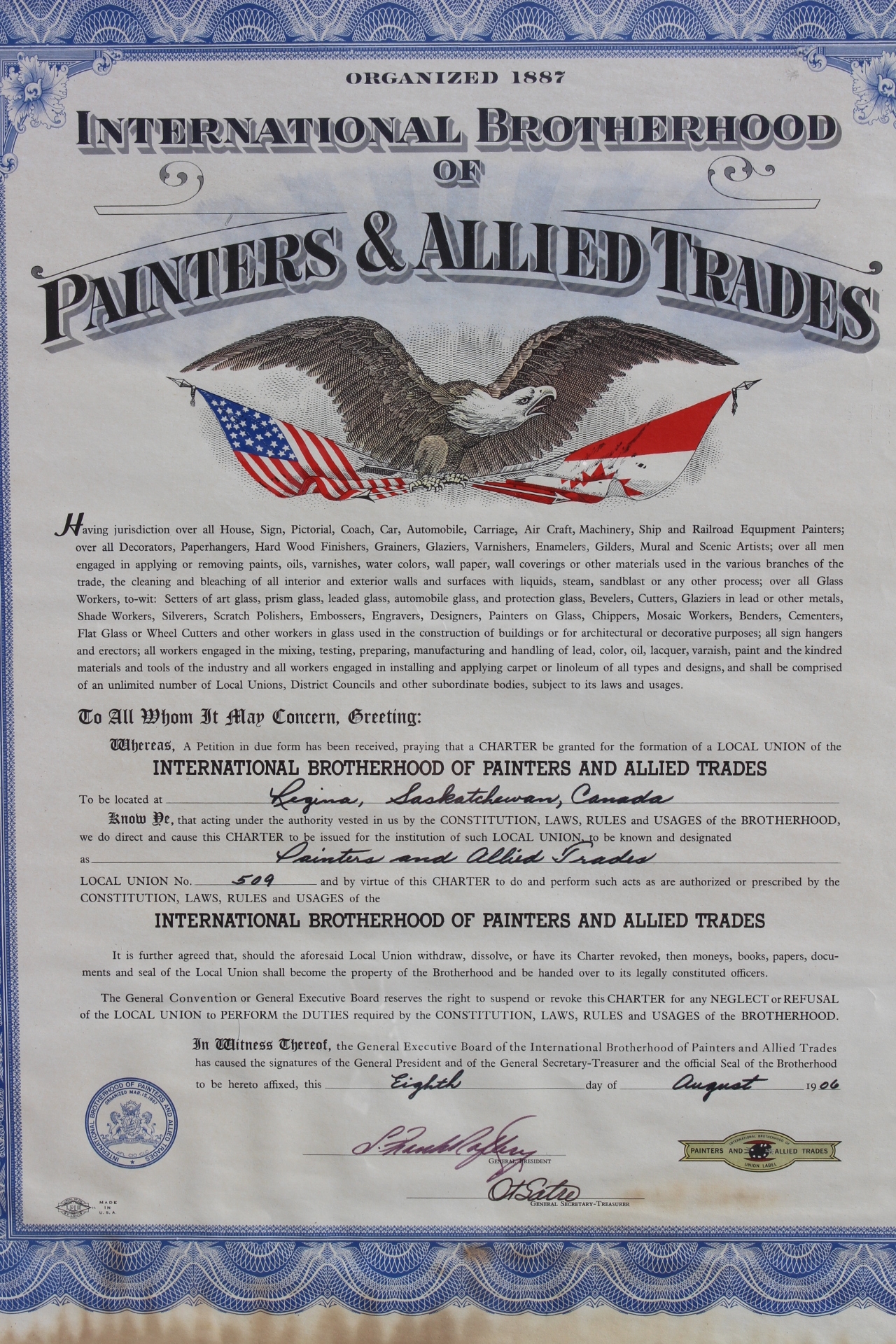 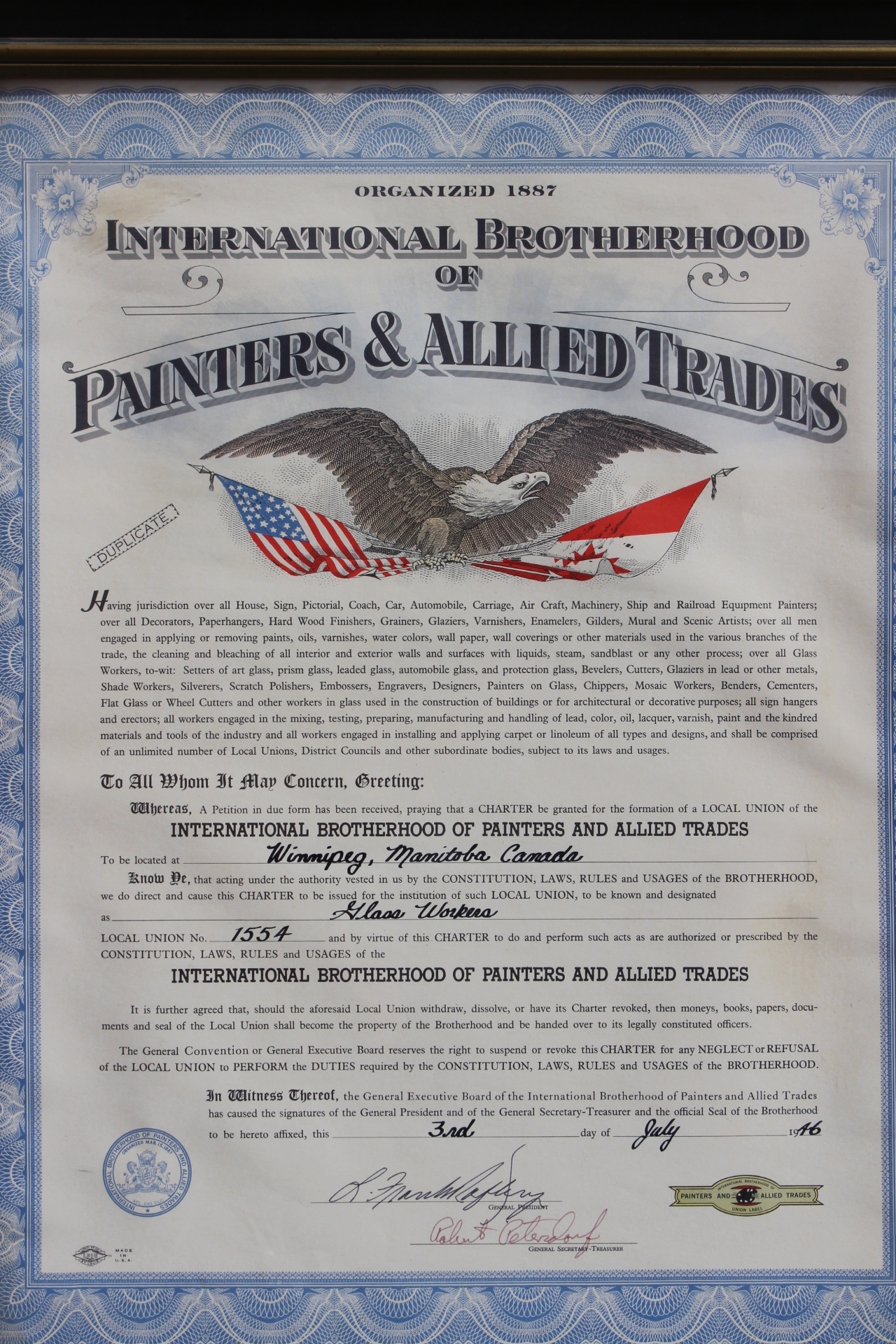 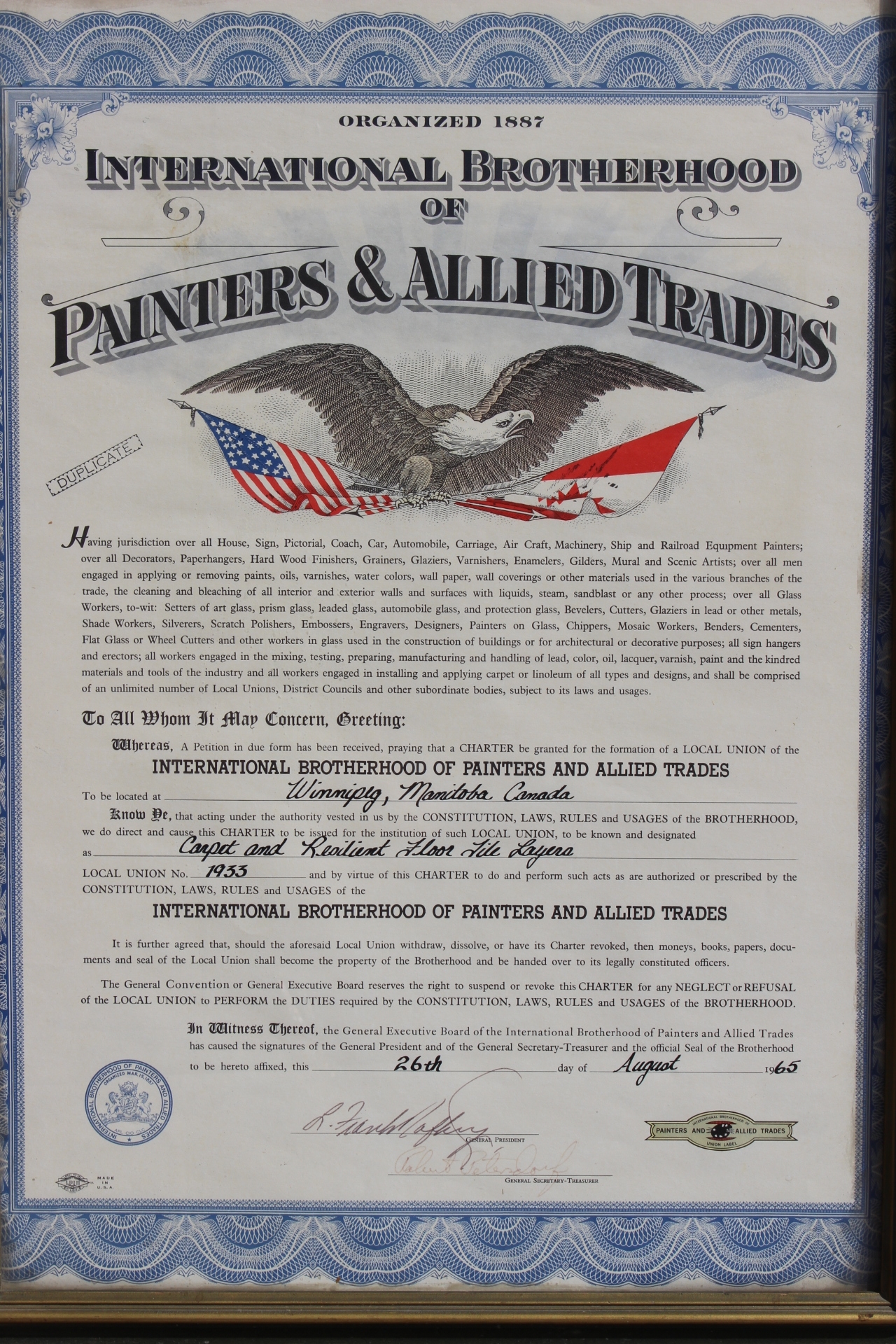 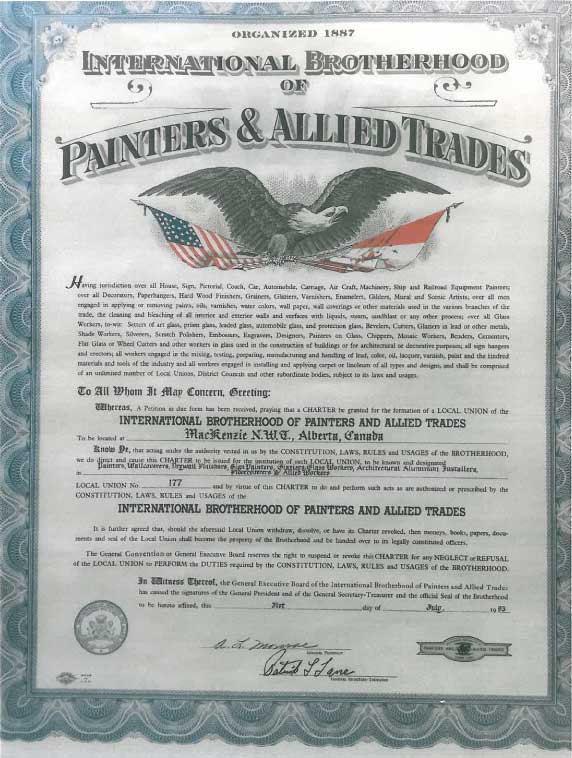 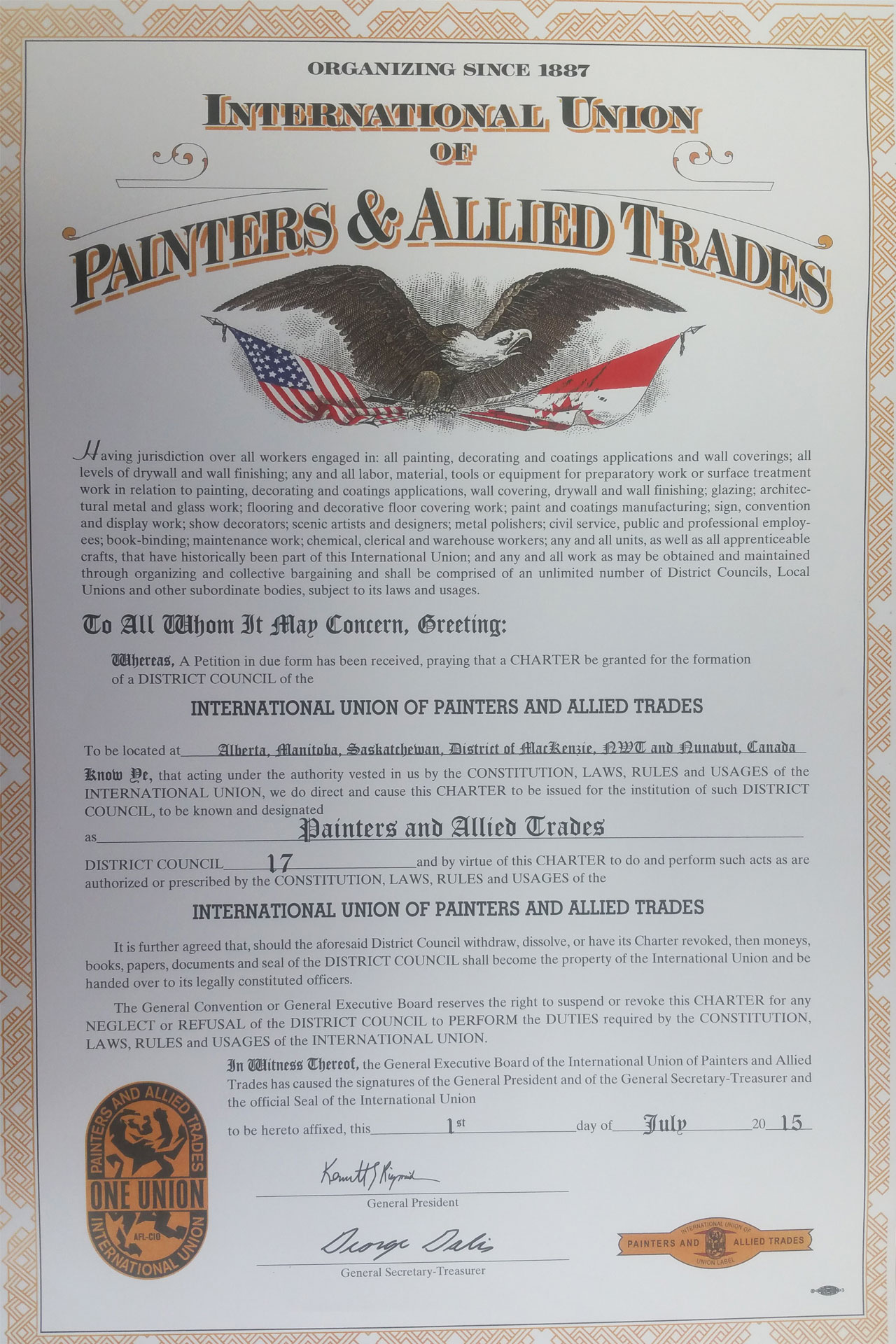